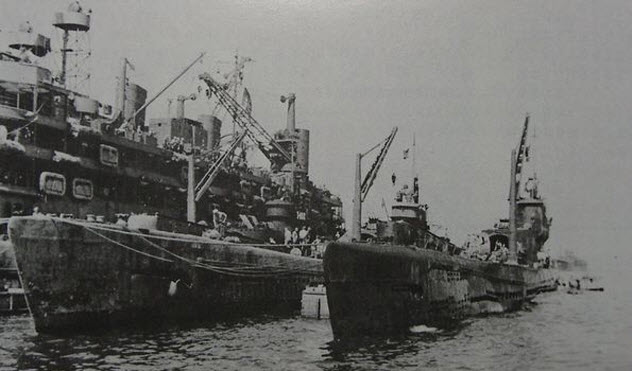 The Nazis had some interesting weapon systems. If they had been deployed earlier or in greater numbers, they could have made the war much more difficult for the Western Allies.But what about the Japanese? We often think of them as primitive with their banzai charges and kamikaze aircraft, but Japan produced some high-tech weaponry that was superior to that of the US. If the Japanese had deployed these weapons earlier, they might have been game changers during the war.

The Nazis weren’t the only ones during World War II who fielded submarines that could travel extremely fast underwater. The Japanese I-201 class could also travel underwater at speeds greater than 20 knots, just as fast as the Nazi Type XXI U-boats.

Compared to most other submarines of that time, which could only manage 10 knots underwater, these submarines were revolutionary. With a rubber coating to reduce underwater noise and massive battery banks for prolonged underwater travel, these submarines could have given the Allies huge headaches if they had been in service earlier and in greater numbers.

Before they surrendered, Japan had only managed to build three of these revolutionary submarines. The first boat had been laid down in 1944, by which time Japan was already struggling mightily.

None of the boats saw operational service during the war, although several had been commissioned. After the war, they were taken to Hawaii for study by the US and then scuttled to prevent the Soviets from getting them.

During World War II, the I-401 class was the largest submarine ever constructed—about 60 percent larger than the biggest US submarine at the time and with double the range. But it wasn’t just size that made these ships so formidable.

Each one carried three aircraft that it could launch and recover—a feature unique to these vessels. They also had double pressure hulls, which may have influenced later Soviet submarine design.

These Japanese submarines were the forerunners of modern missile submarines. They were designed to sneak close to the US and launch their aircraft to bomb crucial targets, such as San Francisco and the Panama Canal.

In 1942, the submarines were conceived by Japanese Admiral Isoroku Yamamoto, the same person who had planned the attack on Pearl Harbor. He saw them as a way of bringing the war home to the US, which is what the Americans were doing to Japan by 1944.When construction on the first submarine was finished in 1945, the war situation was dire for Japan. The completed I-401 was initially tasked with bombing the Panama Canal to stop the flow of US ships from the Pacific into the Atlantic.

But with US forces knocking at Japan’s door, the mission changed. The submarines were sent to attack US naval forces gathering at Ulithi Atoll, but the war ended while the gigantic submarines were still in transit.

The US sailors who accepted the surrenders of this Japanese submarine marveled at the size and sophistication of the I-401. It was taken to Hawaii for study along with its smaller cousins, the I-201s. Eventually, the I-401 was also scuttled to prevent the Soviets from getting its technology. 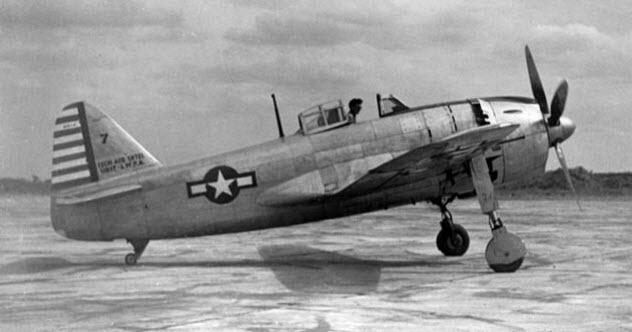 The Kawanishi N1K, the best Japanese fighter to have seen service with the Imperial Japanese Navy, has a bizarre origin story. Originally intended to be a floatplane fighter, a land-based version was developed by the Kawanishi Company in 1941 as a private venture that was independent of the Japanese military.In 1943, the Japanese navy finally threw its weight behind the aircraft because the military’s existing fighters could not stand up to newer American designs. The Kawanishi aircraft was quickly rushed into service in 1944.Initially, the design of the aircraft and an underpowered engine created various limitations, especially during landings when the long landing gear could snap off. Maintenance issues also abounded.

However, the N1K1-J, an improved version of the fighter with shorter landing gear and upgraded engines, proved to be a fearsome fighter. In a dogfight against 12 American Hellcat fighters, one Japanese pilot shot down four US planes without being shot down himself.

Other Japanese pilots also found that they were now more than a match for American fighters. However, the aircraft was produced in too few numbers to affect the outcome of the war. 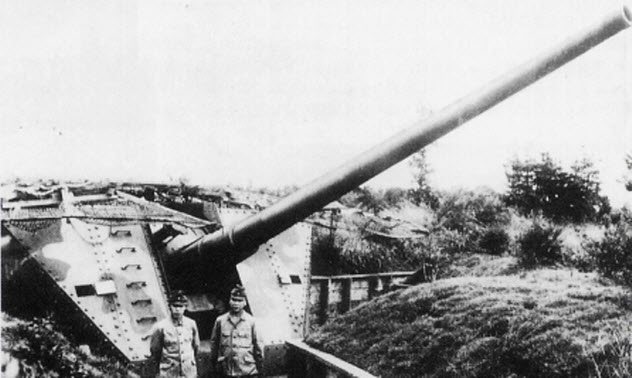 By 1944, hundreds of American B-29 bombers were systematically burning Japanese cities to the ground. Japanese antiaircraft guns and fighters were not up to the task of shooting down the B-29s, which often flew higher than Japanese defenses could reach.

Having realized the threat in 1943, Japan developed the Type 5 antiaircraft gun, which was a bigger variant of the Type 3, the largest Japanese antiaircraft gun then available. With its shells reaching up to 20,000 meters (65,000 ft), the Type 5 could easily reach the flying altitude of B-29 bombers.

Unfortunately, by the time the Type 5 was ready for production in 1945, it was too late. Much of Japan’s urban and industrial infrastructure was already in flames, which severely limited the production of Type 5 guns.

Two guns, coupled with a sophisticated new targeting system, were produced and stationed near Tokyo. In August 1945, they shot down two B-29s during a raid. If more of these guns had been available earlier, B-29s trying to bomb Japan would have faced much greater danger. 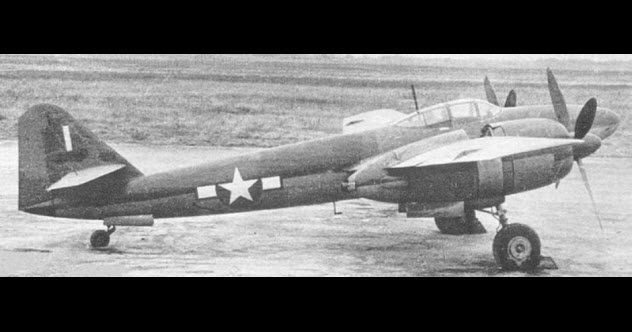 The Ki-83 was derived from a Japanese attempt to design the Ki-73, a long-range, single-engine fighter aircraft. When that attempt failed miserably, the Ki-73 design team turned toward a more conventional twin-engine design in 1943.The first flight in November 1944 immediately proved that the team had a good aircraft with excellent handling and maneuverability. The aircraft was designed with an impressive armament of four cannons in the nose, enough to shred any Allied aircraft.

When Japan surrendered, the Americans were surprised to find the aircraft because they had no intelligence on it. When tested with high-grade American aviation fuel, the Ki-83 reportedly reached a top speed of 760 kilometers per hour (470 mph), had an extremely fast climb rate, and was surprisingly maneuverable for an aircraft of its size. The surviving prototypes were taken to the US for testing and then scrapped. 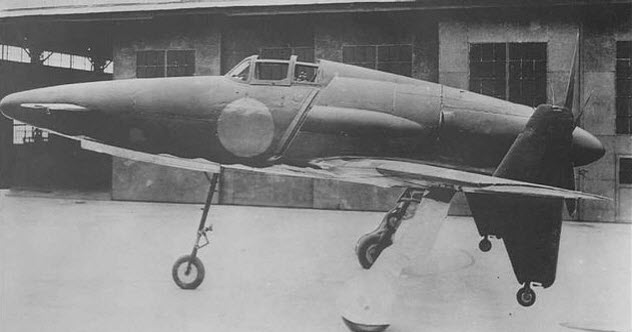 The Kyushu J7W was probably one of the most bizarre military vehicles ever conceived and built by Imperial Japan. It was also the only canard-equipped aircraft ever accepted for mass production during World War II.

The J7W was originally designed as a jet-powered fighter, but the lack of suitable engines forced its conversion into a propeller aircraft. Smaller prototypes were flown in 1943 and showed a lot of promise. As a result, Japan began working on a full-scale prototype in 1944.In desperation, the Japanese ordered the aircraft into production before the full-scale prototype had been tested. They needed the fighter to defend against B-29 raids on the Japanese home islands.

However, the Allied bombing of Japan caused critical delays in the production and delivery of parts for the J7W. So the first prototype ended up flying a mere six days before the war ended.

There were a variety of issues during the 45-minute test flight, including potentially damaging vibrations. Given time, none of these issues were insurmountable. But there was no time before the war ended.

The first J7W prototype ended up in the US for flight-testing. But curiously, there is no record that American test pilots ever flew the aircraft. 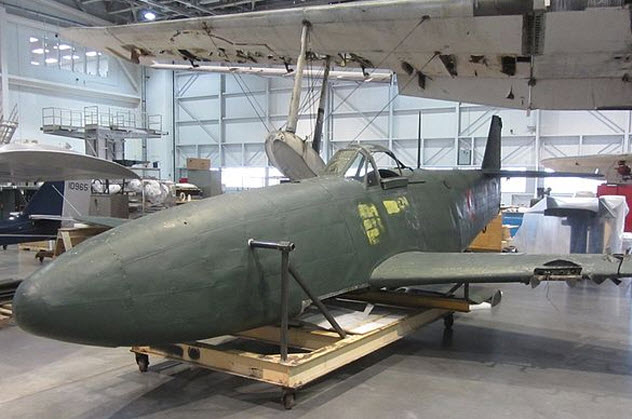 The success of the Messerschmitt Me 262, the world’s first operational jet fighter, motivated the Japanese to try to build their own version of the aircraft. Inspired by glowing reports from Germany, the Japanese government directed the Nakajima Aircraft Company to begin development of a jet fighter, although the requirements were not as high as those of the Me 262.Japanese designers came up with an aircraft that looked like a smaller, straight-winged version of the Me 262. It was also more primitive, with the control flaps covered in fabric instead of metal.

Unfortunately for the Japanese, a Nazi BMW 003 jet engine, which had been chosen to power the Kikka, had been lost while being transported to Japan by submarine. The Japanese ended up having to build their own jet engine, the Ne-20, from photographs of the BMW 003. Impressively, they managed this feat in only six months.

With the first prototype ready in August 1945, the Kikka only made two test flights. The first was a success, but the second was a disaster. Rockets had been added to the aircraft to shorten takeoff distance, but they malfunctioned and caused the jet to crash into Tokyo Bay.

By the time the jet was repaired, the war was over. Bizarrely, the Japanese navy had planned to use the aircraft for kamikaze attacks, which would have been a waste of resources given the complexity of the aircraft’s engines. 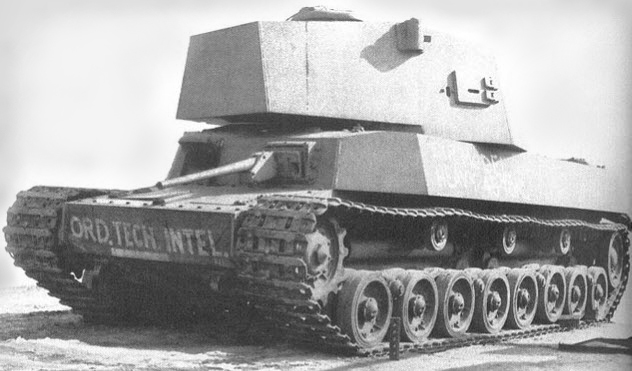 The Type 5 Chi-Ri, the ultimate Japanese heavy tank, was designed with one purpose in mind: to destroy the American M4 Sherman tank which had been wreaking havoc on the light armor that Japan fielded.

Based on a lengthened chassis of the Type 4 tank, the Type 5 weighed in at 37 metric tons. It was armed with a 75 mm gun and protected by armor that was 75 millimeters thick. A 37 mm tank gun was mounted in the chassis for more firepower. The tank’s engine was based on an aircraft engine and could propel the tank at speeds of 40 kilometers per hour (25 mph).From 1943 to 1944, one prototype was produced without a main gun. The prototype was rather tall, which would have made it more visible to Allied tanks. Its overall combat effectiveness could only be estimated, but it was impressive on paper. However, the war ended before the prototype could be armed. It vanished into history with its fate unknown.

As many of Japan’s early World War II successes had been won with long-range bombers and fighters, Japan sought even longer-ranged strike aircraft to extend its reach over the Pacific.

Developed from a call by the navy for a four-engine heavy bomber, the G8N Renzan was to have the top speed of a Japanese fighter aircraft, a range greater than 3,200 kilometers (2,000 mi), and a bomb load of more than 3,600 kilograms (8,000 lb). When the first prototypes made their maiden flights in 1944, they performed extremely well.

Unfortunately, by the time the G8N might have been useful, the Allies were already knocking on Japan’s door. By that point, Japan needed more defensive weapons like fighter aircraft and antiaircraft guns, not long-range heavy bombers.

The G8N was never used. Further production was canceled because Japan was quickly running out of the light aluminum alloys needed to build the aircraft. 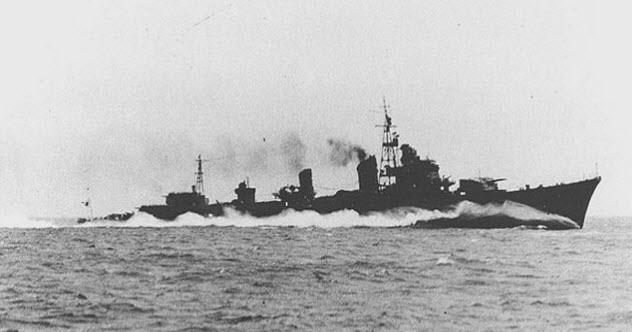 Although the Japanese built the largest battleships the world had ever seen, they didn’t neglect their smaller ships. Laid down in 1941, the experimental Shimakaze-class destroyer was intended to be the first in a class of “super destroyers.”

The Shimakaze was armed with 13-centimeter (5 in) guns and 15 torpedo tubes. It had a top speed of 40 knots. This made the Shimakaze one of the fastest and most heavily armed destroyers of World War II.

To push the ship up to 40 knots, its experimental steam turbine generated a whopping 80,000 horsepower. It was also the first Japanese ship ever equipped with radar.

Unfortunately for Japan, the ship was so complex that it was impossible to build under emergency wartime conditions. Only one Shimakaze was ever constructed. If Japan had had a fleet of Shimakazes at the outbreak of the war, the Allies might have had a much harder time pushing the Japanese.

However, the Shimakaze was only completed in 1943, by which time Japan was already being pushed back. The incredible offensive power of the ship was less useful than it would have been at the beginning of the war.

The super destroyer was relegated to picket duty with its radar. It was later sunk by air attack, an ignominious end for such a unique warship.

Why are there no fat people in Japan?

Newspaper is your news, entertainment, music fashion website. We provide you with the latest breaking news and videos straight from the entertainment industry.