Japan has always been known as a land full of diverse spiritual beliefs and mysticism. After World War II ended, Japan’s new pacifist Constitution gave its people greater religious freedom than never before. However, this tolerance to all beliefs also gave rise to a number of bizarre cults, with one of the most notorious being the Aum Shinrikyo cult which was responsible for the 1995 sarin gas attack on Tokyo’s subways. This list takes a look at ten other Japanese cults that, although not as infamous as the afore-mentioned group, nevertheless deserves recognition because their leaders and members make crazy seem effortless. 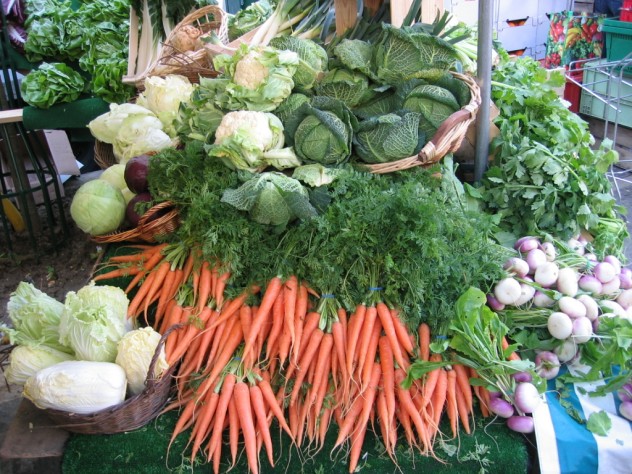 Chicken farmer Miyozo Yamagishi built a rural community in 1952 to accommodate those who felt alienated and disillusioned by Japan’s growing industrialization. Since its inception, the Yamagishi Society has grown to several thousand adherents in Japan and around the world. Members live together in little communes and work in a mainly agricultural setting. The society supports itself by selling vegetables and dairy products. Members share everything and all items are free inside the commune. However, while sounding like a hippie paradise, former members have shed light on Yamagishi’s inner workings. People who want to become full-fledged members are required to donate all their earthly possessions to the group. Once inside the commune, the leaders strictly regulate all their members’ activities. More disturbingly, they also separate the children who are aged five and above from their parents and place them in a segregated all-kids commune where they are highly encouraged to take care of themselves. 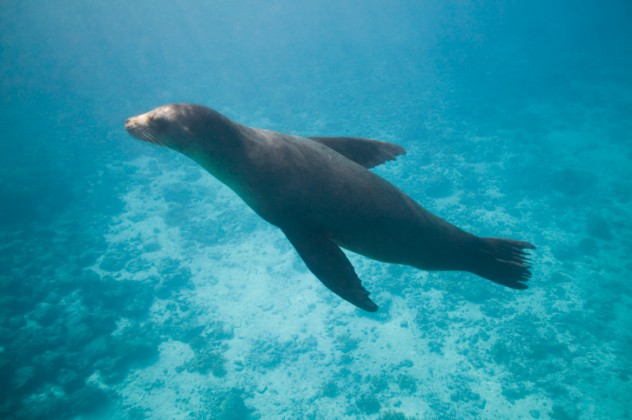 Status: Unknown
In addition to being insane, Yuko Chino lacked good fashion sense when she formed her weirdly-dressed cult in 1977. She and her members believed that electromagnetic waves were the root cause of all environmental disasters and that the future appearance of a mysterious tenth planet would mess up earth’s magnetic poles and trigger doomsday. Even more bizarre, they believed that communists were attacking them with electromagnetic waves. To protect themselves from the alleged attacks, they wore all-white garments, surgical masks and travelled around in white vans. The group first made headlines in March 2003 when they tried to abduct a stranded wild seal (which had become a national celebrity) in one of Tokyo’s main rivers. They believed that they should return the seal to its natural habitat to prevent doomsday. One month later in April, the cult occupied road in a mountainous area west of Tokyo. Members lined the crash barriers and trees with white fabric and explained that they were preparing a doomsday shelter for their Apocalypse which they calculated would happen on May 15 of that year. After authorities broke their camp, the cult settled in a remote village and waited for doomsday. When the fated day came and went without much incident, the group’s second-in-command re-calculated the date to May 22. After the world embarrassed them a second time by not exploding, the group faded into obscurity. 8 years later, Harold Camping pulled off the same doomsday stunt prediction twice and failed in similar spectacular fashion. 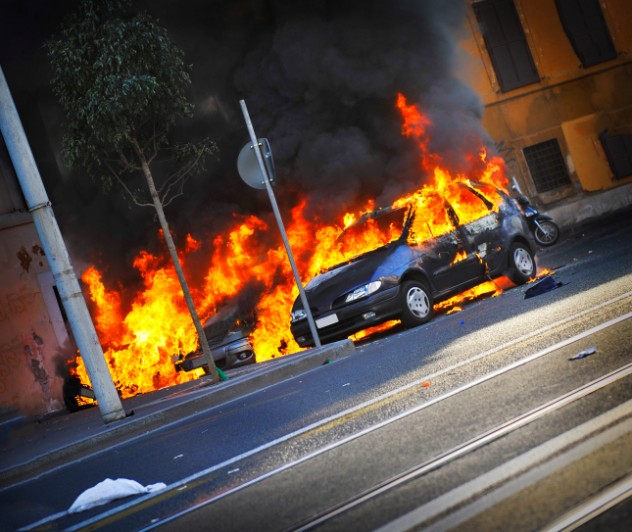 Extremist left-wing students who resented Japan’s historical aggressions towards its minorities and other countries formed this self-destructive cult in the late 1960s. They argued that before the arrival of the Japanese, the original inhabitants (Ainus, Okinawans, ethnic Koreans) lived together in perfect harmony with nature. Between 1974 and 1975, the group carried out bombing attacks on industries they perceived to have exploited ethnic groups and other Asians. In particular, the attack on Mitsubishi company headquarters killed eight people and wounded several others. Police cracked down on the group and the courts sentenced its leaders to either death or life imprisonment. One of the leaders sentenced to die, Masashi Daidoji, later apologized for his role in the bombing, saying “Our causing casualties is not something I can justify.” 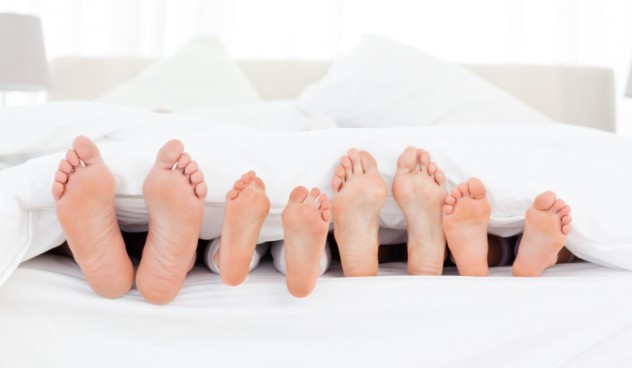 This was one cult that promised to literally save people’s soles (yes) and rip them off at the same time. Better known as the “foot-reading cult,” the whole scam started in 1980 when Hogen Fukunaga claimed that he became the successor of Jesus Christ and Buddha. He revealed that his new-found powers included the ability to diagnose diseases and look into the future by reading the soles of the feet. Afterwards, he then “assessed” (co-erced) his customers to attend expensive seminars to cure their illnesses and solve their problems. Most of his victims included housewives although he also instructed his henchmen to target patients at the hospitals and especially those scheduled for surgeries. Police got wind of his foul scheme and busted Fukunaga and his cohorts; his cult went bankrupt and he got 12 years in prison. 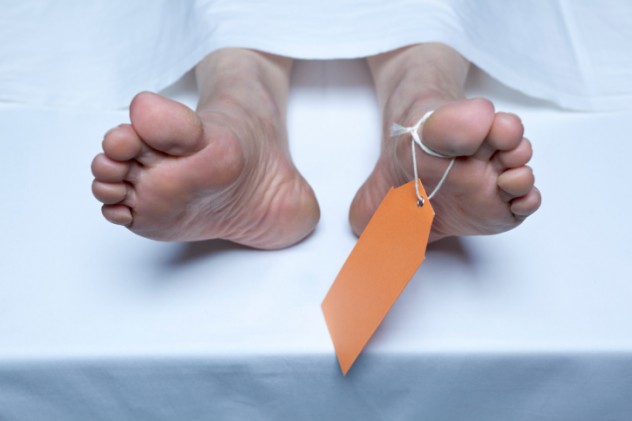 An accountant by profession, Koji Takahashi claimed that he became an enlightened guru and began to offer expensive self-enlightenment seminars in 1983. During that time he also supposedly learned supernatural healing techniques from an Indian healer whom he followed for 6,000 years through countless reincarnations. Over time, he acquired 200 core group members as well as a large following. In 1999, Takahashi tried to heal a long-time cult member who became comatose due to a cerebral hemorrhage. He ordered the son who was also a member to transfer the man from the hospital to a hotel room. Takahashi then administered his healing touch or “shakty pats” to the man in several sessions. Without proper medical care, the victim died soon afterwards; Takahashi and the cult members noted his decomposing body as a sign that he was recovering.After calls from concerned hotel staff, the police barged in and found the victim’s corpse mummified; they estimated the he had been decomposing for four months or more. They arrested Takahashi who insisted that it was the police autopsy that killed the man. For the crime of murder (and failing basic biology) Takahashi was sentenced to 15 years in prison, which was later reduced in half because the judge ruled that he genuinely wanted to help the victim out. 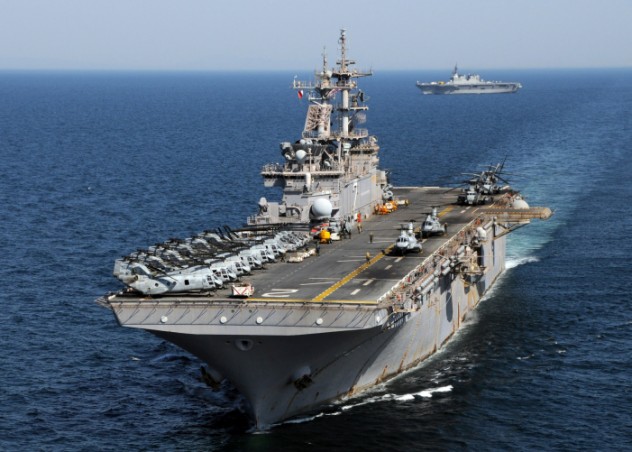 In 1981, businessman Ryuho Okawa claimed to have received a “Great Enlightenment,” by which he became the earthly channel of several religious figureheads such as Jesus Christ and Muhammad. By 1986 he had formed his group called Happy Science, which espoused an eclectic mix of Buddhism with materialism. In 1995, he virtually turned himself into a deity when he added the title of “El Cantare, the Grand Spirit of the Terrestrial Spirit Group” to his credentials. Since its formation, the group has grown to hundreds of thousands of members in several countries. The group has its own political wing called the Happiness Realization Party which Okawa formed in 2009. Okawa claims to regularly talk with several deceased political and spiritual figures; in addition, he can also communicate with the “guardian spirits” of still-living world leaders. He then publishes these conversations and interviews in his group’s website (type in Mitt Romney in their search box to get a good laugh).However, what makes this cult more dangerous than bizarre is their ultranationalist beliefs: Okawa has advocated a more militaristic Japan and the destruction of China and North Korea. 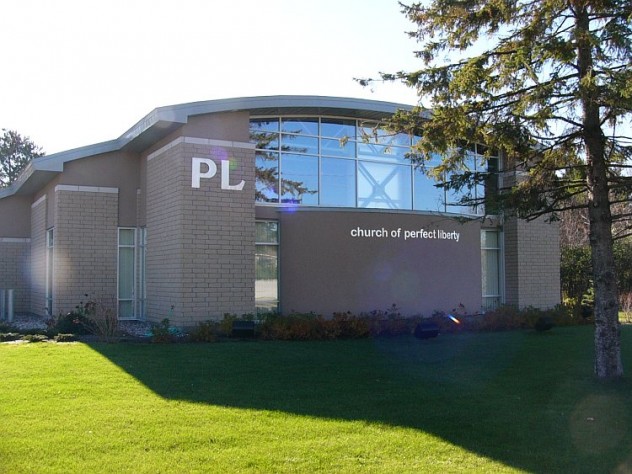 The roots of PL Kyodan can be traced back to Shinto priest Tokumitsu Kanada who founded his own sect called Shinto Tokumitsu-kyo in 1912. After his death, his successor Tokuharu Miki re-named the sect to Hito-no-Michi Kyodan (The Way of Man) in 1931 but his group was suppressed by Japanese authorities who advocated their emperor’s divinity. After World War II, Tokuharu’s grandson Tokuchika re-established the group and gave it its final name, Perfect Liberty Kyodan. Today, the group’s headquarters can be found in Tondabayashi, Japan. It also has several members and churches throughout the world.PL Kyodan’s teachings can be best summed up in the phrase “life is art.” Members are taught to express themselves artistically in order to lead fulfilling lives. Even something as mundane as office work can be turned into religious worship if the person performs it with wholehearted vigor. In Japan, the group is also known as the “golf religion” because of their numerous golf ranges. There is even an all-girls dorm at their headquarters where female students work as part-time caddies to support themselves through high school. We have to admit, joining this cult sounds tempting. 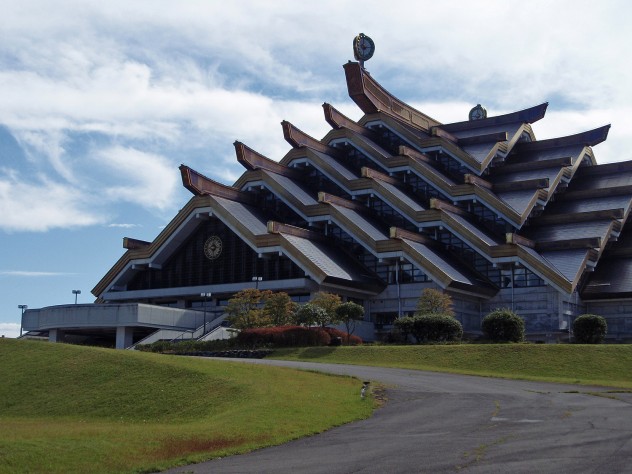 Kotama Okada supposedly received a commandment from God to save the world in 1959. To achieve that aim, Okada, who was already a member of a religious sect, formed his own group called Sekai Mahikari Bunmei Kyodan (Mahikari for short). After his death, his group split off into two branches: One branch retained the original name and was lead by one of Okada’s male leaders, while the other one changed its name to Sukyo Mahikari and is currently lead by Okada Keishu, his adopted daughter. The common beliefs of Mahikari members can only be described as mind-boggling. For one, they believe that history basically revolved around Japan. According to them, the ancient Japanese ruled a global utopia which included other civilizations such as Egypt and Mesopotamia; their emperor even taught the Jews how to speak Hebrew! They also believe that their mission now is to reunite all the races and religions and create a Japanese paradise on earth to be ruled by their emperor. Sounds familiar, right? 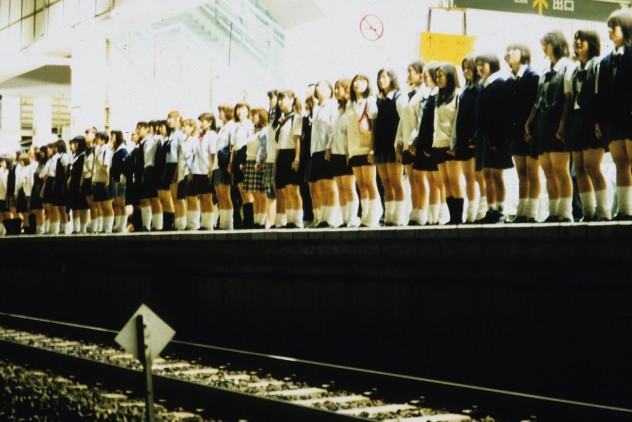 The concept of suicide continues to be an integral part of Japanese culture. From the days of the samurai to the kamikaze pilots of World War II, Japan’s morbid connection with suicide has been unfortunately strengthened by technology. The Internet has allowed the proliferation of mainly Japanese suicide clubs that regularly look for willing participants. While these clubs had already operated for some time, the police only took notice of them in 2003; since then, an increasing number of Japanese have joined these clubs annually at an alarming rate. Methods of suicide typically include inhaling charcoal fumes inside a sealed room or car. It has since been replaced by the poisonous gas hydrogen sulfide, starting when these clubs taught their members how to use it in 2008. All told, thousands of Japanese have died in these suicide pacts, and more horrifyingly, they are very much active today.

#1 Yamato No Miya (Temple Of Japan) 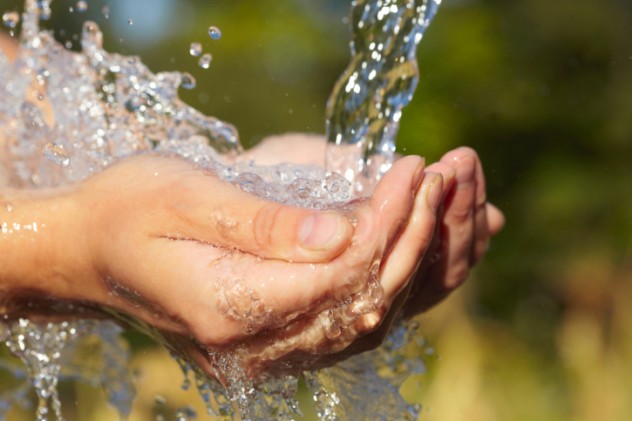 In 1977, Japanese woman Ajiki Tenkei formed her group Komei No Kai after she allegedly heard Buddha ordering her to save mankind. Approximately seven years later, she reportedly received another revelation, this time from a Venusian alien named Telebeyt who was the messenger of A Lah, ruler of the universe. Telebeyt revealed that people’s minds were clouded by their drinking water and so faced self-destruction. To rectify this, Telebeyt instructed Tenkei to find a sacred water source after which he then taught her how to make “Pyramid-Power Water.” Telebeyt told her this water could cleanse people’s minds and ordered her to give it to as many people as possible. Tenkei re-named her group to Yamato No Miya and eagerly set out to accomplish her mission. She discovered the sacred water’s source in the mountains near her hometown and turned it into a shrine and pilgrimage area. Since that time she claimed that her sacred water has resulted in the salvation of many people, including the skeptics who drank her water.