One of the buzzwords to enter Japanese conversation over the past few weeks has been corona rikon/”corona divorce,” referring to spouses who realize they’re ready to end their marriage after spending too much time at home with their partner. But as the pandemic is driving some adult couples emotionally apart, it looks like it’s also bringing young lovers together, at least in a physical sense.

Jikei Hospital in Kumamoto City, Kumamoto Prefecture, reports that it’s been seeing an increase in the number of junior high and high school students contacting its pregnancy consultation department. The increase started in March, not long after Prime Minister Shinzo Abe requested that schools across the country shut down to help prevent the spread of the coronavirus, and has continued as educational facilities remain closed. During the month of April, Jikei Hospital’s pregnancy counselors dealt with more junior high/high school students than in any other month since the department was established in 2007.

“With their schools closed because of the coronavirus, many students are staying at home,” says Jikei vice president Ken Hasuda. “For some of them, this presents opportunities for sexual activity, which in some cases is leading to unplanned pregnancies.”

At first, it seems like teens staying at home should be giving them fewer opportunities to have sex, since it’s pretty much unheard of for Japanese school kids to live under the same roof as their crush (which is one of many ways real-life Japan is different from anime). The scenario Hasuda seems to be describing, though, is one in which the kids, with no on-campus classes to attend or after-school extracurricular activities to take part in, are home all day while their parents are periodically out of the house in the morning or afternoon for work or errands. That creates windows for one teen to sneak over to another’s house, into their bed, and still have time to get back home before any parents notice they have a visitor or missing kid.

It’s worth noting that the pregnancy consultation division doesn’t only handle questions from people who are currently pregnant. Inquiries they’ve received from teens over the past weeks have included “Can you get pregnant if it’s your first time having sex?” as well as “My girlfriend and I had sex, and now she’s feeling sick in the morning,” as well as questions from teens who say they’ve already gotten a positive result from a pregnancy test.

The rise in teen consultations also doesn’t mean that every teenager in Japan is failing to practice social crotch distancing. In April, Jikei’s pregnancy consultation division, which accepts questions from anywhere in Japan, had 75 teens asking for advice. Still, that’s a 29 percent increase compared to April of last year, and teens made up 13 percent of the division’s total consultation requests for April 2020, roughly double their usual proportion.

Heightened emotions aren’t an uncommon response to intense stress, such as living through the largest viral outbreak of the current generation. Still, having a kid before you’re ready can put you on a very rocky road in life, so hopefully if nothing else tempted teens will at least listen to the sex-ed advice from this Japanese all-girls school. 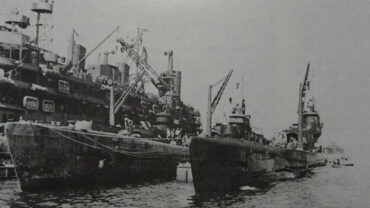